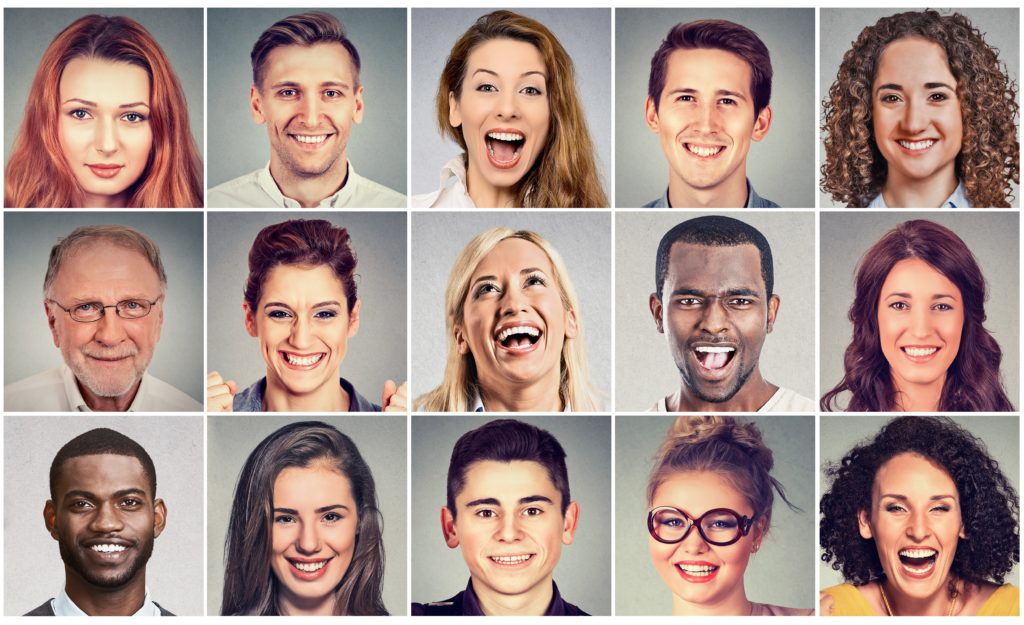 A few weeks ago I reported on some newly discovered ways we are biased namely that we consider generic terms such as “people” as equivalent to “men” rather than men and women. This was specifically focused on gender bias but this latest piece recently published shows us that we overestimate diversity in many contexts.

Why is this important? It is important because if we overestimate diversity, we don’t think we have a problem, or we think various population groups are represented when they are not. It will also impede any motivation to make a change or engage in action to readdress the imbalance.

So what did this latest research actually show?

Rasha Kardosh and colleagues of the Hebrew University of Jerusalem conducted 12 experiments with 942 participants in the U.S. and Israel. And the consistent results were that participants massively overestimate minority groups.

For example, you probably quickly glanced over the picture at the top of this article and would say that black faces were represented, and if you were asked how many, you may say something like: “Around 30%”. Incorrect. There are only two black faces which is just over 13%.

Why does this happen?

The title of the paper gives us clues as to why this is the case:
“Minority salience and the overestimation of individuals from minority groups in perception and memory.”

As they note, minorities are “salient”. What that means is they are noticeable, precisely because they are the minority. Our brain is programmed to spot anomalies and so focuses more on differences rather than what is the same. This means spotting a minority group increases the weight, mostly unconsciously, in our brain, and we overestimate quantities. This leads us to think that the contexts we are in are more diverse than they are.

They estimated close to 45% — almost equality. Again, interestingly, this estimation was almost identical with white and black participants.

Just as interesting is that when the proportion was upped to 45%, just a slight minority, black and white participants then estimated the proportion as closer to 60%, a noticeable majority. Which also explains why some proportions of the population see minorities as “taking over”, even when this is not even close to being true!

The more concerning feature of this minority salience is that this does actually lower potential engagement. They conducted one experiment in which they either showed grids of faces with only 5% black faces, or, in contrast, just presented a description that only 5% of students were black at this university. They then asked if they would be willing to support a diversity initiative. The result?

Willingness to support a diversity initiative dropped in those that had seen the grids of faces rather than just the description. Although the good news is that support was high, at over 70%, and the drop in support was low, less than 5%. But this population group would likely to be more supportive anyhow— young students. This could be very different in different population groups.

This highlights an important way we are biased and overestimate minorities — this can be problematic in many ways: fear in society, lack of support for initiatives, dismissing diversity initiatives as unnecessary, and so on and so forth.

The good news is that we do know that focusing on the statistics and hard figures themselves is more effective. And so we should always be conscious to work with the figures and communicate these as often as possible rather than relying on these intuitive judgements.